Separated by a common language: British English versus American English 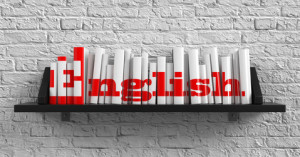 The Irish writer George Bernard Shaw famously once said: “England and America are two countries separated by a common language.” This whimsical remark holds a lot of truth for those learning English as, though the similarities between British English and American English far outweigh the differences, the many variances in vocabulary and spelling can trip up even the most fluent of English speakers.

With Independence Day approaching; the day that Americans celebrate their independence from the British, it’s timely to examine what some of the major differences in these two versions of the same language are and the reasons behind them.

The answer as to why they are different partly lies in the American Revolution and in particular with Noah Webster, one of the Founding Fathers. Webster was a scholar and lexicographer who compiled the first comprehensive American dictionary in 1828, ‘An American Dictionary of the English Language’.

Webster believed that America, as a new and revolutionary nation, could further assert its independence from Britain with an updated version of the language.

By eliminating the unnecessary u, switching the combination of r and e at the end of a word, changing s to z, and erasing duplicate consonants, Webster intended to make spelling more logical. His progressive ideas stuck and are still in evidence in American English today; his legacy being the Merriam-Webster dictionary, which is the descendent of Webster’s original dictionary.

It’s not just spelling that varies between the two nations though. Vocabulary differs too. Astonishingly, there are over 4000 words that are used differently in British and American English. Obvious examples are petrol and gas, chips and fries, flat and apartment, and solicitor and attorney.

There’s no simple explanation as to why these many variations in vocabulary developed, but one likely theory is that the many different nationalities that settled in America began to influence the evolution of the language. German, Dutch, Spanish and French immigrants incorporated their own languages into the mix, resulting in the advent of new words. In a time before the internet and globalised media, the geographical distance between America and England would only have served to cement the division in the language.

So what can those learning the English language do to overcome the pitfalls of British versus American English? The key is to remain consistent. Pick your side of the Atlantic, embrace its linguistic idiosyncrasies and make sure to stick with it.