Can an App Save a Language from Extinction 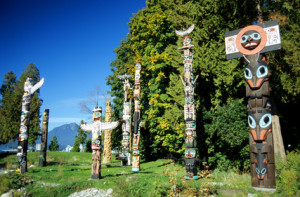 Throughout North America, many Native American languages are struggling to survive. More than 130 languages are currently at risk, with another 74 languages considered “critically endangered,” according to the New York Times.

‘Cree’ blends quizzes and games with audio and visual elements to teach the First Nations language to the uninitiated. The app includes phrases, foods, commands, numbers, colours and questions. There’s even a section purely devoted to language used during pow wows.

“It’s an important first step in engaging our young people, a step in reclaiming our heritage,” said Edmund Bellegarde, chair of the council.

The tribal council’s Language Application Project has been in works since 2011, with four other language apps on the way, focusing on the Dakota, Lakota, Saulteaux and Nakota languages.

Canada was once home to more than 70 distinct First Nation languages. Now, of the 60 across the country that were registered in the latest census, only a handful — Cree, Ojibway, Oji-Cree and Dene — are used by significant numbers of people. These languages represent two-thirds of the 213,490 people who claimed a First Nation language as their mother tongue.

“These languages preserve priceless cultural heritage, and some hold unexpected value — nuances in these languages convey unparalleled knowledge of the natural world,” writes Emmanuel Vaughan-Lee, whose documentary film ‘Who Speaks Wukchumni?’ explores the life of one of the last speakers of an indigenous language that had 50,000 speakers before North America was colonised.

A generation ago, linguists predicted that many Native American languages would become extinct as tribal members who grew up speaking the language died. The situation remains gloomy in British Columbia, where only one out of 20 aboriginals are fluent in any of Canada’s native languages.

But Cree represents a success story. Today, the language is spoken by around 117,000 people across Canada, from the Northwest Territories and Alberta to Labrador — one of the most-spoken aboriginal languages in the country.

When Canada was first colonised, natives were discouraged from speaking their own language in Canadian schools. This institutionalised racism discouraged tribes from learning and teaching in their own tongue.

“Language is the underpinning of our cultures, our identity,” Bellegarde said. “The legacy of Indian residential schools has tarnished that.”

Some see internalised racism in the assimilationist attitudes of young indigenous people.

“They somehow want to free themselves of their language so they can become more authentically Canadian,” said Darin Flynn, assistant professor in the department of linguistics at the University of Calgary, in an article in The Globe and Mail.

File Hills Qu’Appelle Tribal Council’s campaign to revive the Cree language may serve as a model for other tribes facing similar challenges.

“We are hoping this encourages our young people, especially, to reclaim their language, walk proudly and restore the cultural significance and the value that we have to offer society,” said Bellegarde.