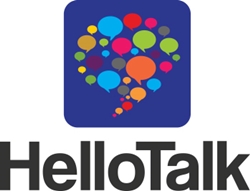 As a language enthusiast you know how important it is to regularly practice the language you’re learning. And with HelloTalk, learning and practicing a new language have never been easier. HelloTalk, a mobile-and-tablet-based application, are especially conducive to today’s busy, on-the-go lifestyle of people around the world, allowing them to communicate with native language speakers in real-time, at their own pace.

HelloTalk isn’t a course you have to strictly follow; rather, you learn and practice at a pace that best meets the way you learn. Practice foreign languages with people around the world. Simultaneously speak and type the language you’re learning. Record your voice before speaking to your HelloTalk friends and compare your recording to standard pronunciations. Easily translate whenever you don’t understand, and so much more. Here are just a few of HelloTalk’s many advanced features:

Search
Quickly and easily meet native- speaking language partners around the world; look for those nearest to you, by country or city, and more. And don’t be surprised when people reach out to you first … that’s one of HelloTalk’s best features: people reach out to help you learn the language or languages you want to learn. And you can do the same to help people learn your native language.

Text-to-voice
Listen to standard pronunciation of every message you receive or you send. Compare it with your own to more quickly practice and learn!

Transliteration
Do you want to learn Chinese, Korean, Japanese or other non- Roman-based language? No problem. HelloTalk makes it easy, and just as simple as learning Roman character-based languages.

Translation
Speak naturally and then translate into the language you are learning or the other way round. You have over 100 languages from which to select.

Free calls
HelloTalk boasts state-of-the-art VoIP. That means with HelloTalk you can make and receive free calls to and from your trusted language- learning partners, and with superior sound quality. It’s like having a language teacher with you all the time, there whenever you need to speak with them.

Favorites
With HelloTalk, create your own database of foreign language words, sentences, audio files, grammar corrections, pictures and anything you’d like. You’ll have all your favorite language info bits right at your fingertips—all in HelloTalk.

Grammar correction
With HelloTalk’s powerful language learning tools, your language- learning partners can quickly and easily correct your grammar, syntax, pronunciation, and much more, for the language you’re learning. That means you’ll learn the language in the way it’s really spoken, and not in a sterile, unnatural manner some learn-by-yourself language learning solutions may suggest.

Since language learners are always interacting with people who fluently speak the language they’re learning, their ability are much engaging and enjoyable. HelloTalk provides fun tools to satisfy their needs and allow users to share cultures.

– Use Doodle to play “Draw Something” with your language partner and guess the word in your target language.

– Send photos and short videos to your partner, tell your story and share each other’s big moments in life.

HelloTalk also has robust privacy and protection measures, including

– Teenage users only see and meet students of a similar age

What people are saying about HelloTalk

“ HelloTalk breaks down the barriers between countries” —Make use of

“HelloTalk offers its own version of communication”—Elle Russia

Finally, with HelloTalk learning and practicing a new language is easier and more intuitive than ever. We invite you to explore everything the HelloTalk app has to offer- it’s completely FREE.