Are German Words Enjoying a Renaissance in America? 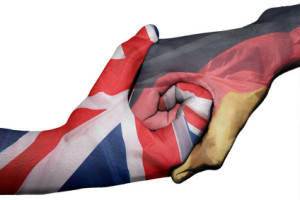 Psychology Today uses über as a preposition to signify greatness in headlines like “How to be Über-Successful in Your Love Life & Career.”

Heidi Klum’s ice-cold “Auf Wiedersehen” is directed towards the loser of Project Runway, a popular reality TV show, while Avenue Q, a Broadway musical, devoted an entire song and dance number to the German concept of Schadenfreude, or taking pleasure in others’ misery. A similar word doesn’t exist in the English language, making the song both entertaining and psychologically illuminating.

Why have these German words, in particular, gained in popularity? They don’t seem to have a lot in common with each other. Schadenfreude describes a complex — some would say sociopathic — emotional reaction. Zeitgeist and wanderlust, meanwhile, are economical, describing in a single word what would take two in English (“current trends” or “love for travel”).

According to Britt Peterson, a linguist who writes for the Boston Globe, it’s worth looking into the history of the word über before blithely using it as a “slangy synonym for ‘super or ‘topmost.’”

“Deutschland über alles,” the beginning of the first verse of Germany’s national anthem, became infamous when the Nazis appropriated it as their political rallying cry. Originally it had been added to the anthem to express the goal of keeping the country unified but it became a haunted phrase during the war.

Über was first appropriated in America in the late 1970’s by the punk band Dead Kennedys. Their song “California Uber Alles” was meant to critique California governor Jerry Brown’s strong-handed political tactics. The lyrics included the rhyme, “You will jog for the master race/And always wear the happy face.”

In the 80’s, according to Peterson, über was used as an “intensifier,” and words like Übermensch, once used by Nietzche to describe someone who was self-reliant and superior, the übermensch, entered the lexicon. “Porsche uber Alles” read the slogan at the 1985 Porsche Club National Conference.

In California, where I now live, I hear the German word “angst” most often, perhaps because my recession-addled generation is prone to bouts of existential alienation. The word seems to sum up so much in so little: worry, malaise, dread for the human condition. You can even say you’re angsty – a cute, slangy descriptor for many of life’s most uncomfortable moments. (Try adding a “y” to dread. It doesn’t work.)

Like the other foreign words that pepper our speech, these German expressions make Americans feel more sophisticated and well-traveled. When used sparingly, they add a layer of cosmopolitan sheen to our vocabularies. We may not understand umlauts, but we enjoy the sounds they make, and you don’t have to be über smart to understand the appeal of an ü sound.