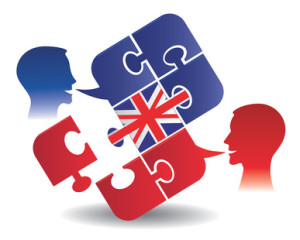 I sometimes mispronounce words on purpose just for my own amusement. I often wish I was funny enough to rack up millions of hits on YouTube just by pronouncing things in a ridiculous fashion.

But according to a very serious report the Daily Mail, it is a very shameful thing to not pronounce a word correctly. More than 25% of British people feel so worried about getting certain words wrong that they “even ask someone else to say them.” Words like “espresso” and “prescription” are among the most oft poorly pronounced, according to a study.

There shouldn’t be any shame in helping along the evolution of a word. Linguistics teaches us that languages are ever-changing, and past “mispronunciations” have shaped many of the words we use on a daily basis.

So maybe think twice before you make fun of somebody’s pronunciation of a word. Your grandkids may end up using it.