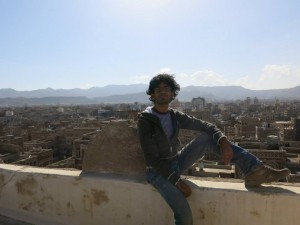 It can be very difficult to learn a foreign language when you’re not surrounded by it. That is why many students go abroad for immersion programmes. The objective is to live with a language long enough that it becomes second nature. It is a temporary form of immigration: you assimilate in a society just long enough to speak the language, and get the hang of being there, and leave when you’re done. The reward is that you’ve grown and obtained more skills as a result. The popularity of this sort of programme has increased dramatically in recent decades, as a result of new technologies.

Of course, there are still problems with the practice. One of them is understanding the precise setting where you are learning the language. I study Middle Eastern Studies and Political Science at Rutgers University, New Brunswick, and just got back from a language immersion programme at Yemen College for Middle Eastern Studies in Sana’a. While there, I was very careful of my social experiences and cultural perspective in the country. There are traps which I saw other students fall into.

My school was in the Old City, a labyrinth of medieval architecture and unique cultural experiences. Yemenis rarely speak English, which constantly pressed me to improve my Arabic. Socialising with Yemenis made this particularly intense, and my Arabic is certainly better as a result. However, there were many people I knew who simply did not talk to Yemenis. Their resulting deficiencies in Arabic were almost directly related to their English-speaking social circles, hangout spots, and so on.

This may seem obvious, but immersion involves immersion. If you’re not careful, then your friend circle and social experiences become an expat cocoon for you while in a country like Yemen, and as a result, you don’t get as much benefit as possible.

This is fine, but speaking Arabic socially is a major step towards speaking it naturally, which was rarely done at expat events. The act of only talking to other English-speakers severely hampers the attempt to learn the language – it insulates learners against the cultural realities in the community at large.

Sometimes, this was accompanied by a wider sense of hostility. While some form of hostility to new settings is normal, and even to be expected as someone is adjusting to a new cultural balance, too much hostility can lead to a siege mentality that hampers any learning that is to be done.

To learn a language properly, you have to take the risk of involving yourself in completely different types of interactions. I am certain that I would have lost out while in Yemen if I had never had totally foreign experiences. After all, I was in a totally foreign place. Behaving as though I were under siege would have robbed me of the entire purpose of my visit.