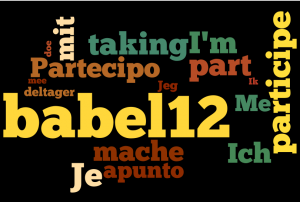 Dr Jane Kassis Henderson is an Associate Professor of English and International Business Communication at ESCP Europe’s Paris campus. Her current research findings show that it is the awareness and use of diverse strategies when communicating across languages that enables teams to work effectively.

In order to examine the role played by language in facilitating or hindering intercultural cooperation, Dr Henderson will discuss the results of research on language in business that has been conducted in two academic fields: international business and applied linguistics. Research on international teams tends to focus on the multicultural dimension. The fact that they are composed of individuals speaking different languages means these teams are, in fact, multilingual, which necessitates both ‘interlingual’ and ‘intercultural’ collaboration.

In teams and networks operating across language boundaries, language use affects the socialisation processes that are essential for successful intercultural collaboration and, in particular, for building up mutual trust. Research findings show that people are motivated to work through what they believe to be ‘cultural’ problems but that language-related issues receive comparatively little attention as they tend to be hidden by the all-encompassing category of culture.

How team members should go about managing language diversity is one question Dr Jane Kassis Henderson discussed with us. The following is composed of paraphrased excerpts from our discussion.

The first step is that team members should find out which languages are spoken and / or understood – whether spoken or written – by other team members.  This can be crucial because research has shown that respecting the languages of all team members and acknowledging and using them when possible helps to build trust between individuals.

Often the assumption is made that English will be the only shared language in the team and this can lead to the automatic exclusion of other languages. However, experienced international team members use different languages for different purposes. For example, in the team-building process, it is important for members to get to know each other on a personal level. This, naturally, involves small talk, which tends to involve language play and a mix of expressions from different languages.

A further key point is the importance of explicitly formulating the language practices of the team. This might involve, for example, stipulating that certain practices are acceptable in informal situations, but that specific standards that conform to the organisation’s language policy should be adhered to for official communication purposes involving outsiders. Managing language diversity therefore requires sensitivity among team members and an awareness of professional standards and requirements concerning language use.

Finally, trust and tolerance are vital to enhance socialisation. One issue with language learning is the ideal of the native-speaker model, which has resulted in some learners tending to judge the competence and intellectual capacity of others based on linguistic performance – the presence or absence of grammar mistakes and sophistication of vocabulary, for example.  A non-judgemental attitude is therefore important.  Additionally, individuals tend to evaluate others according to criteria that are prevalent in their home communication styles, but these, for obvious reasons, are generally inoperable in international circles and can prove to be counterproductive.

This leads to the conclusion that linguistic processes should not be left to chance when efficient and effective international teamwork is critical to the success of a project. Language interaction needs to be addressed directly in order to obviate possible obstacles and constraints in the teamwork process.